Welcome to Books At One Letterfrack

Books at One Letterfrack is located in a former Quaker workshop in the village of Letterfrack, on the edge of Connemara National Park. The workshop, built in 1850, was still in use as a forge when the Christian Brothers operated the Letterfrack Industrial School in those buildings until 1973. The former discredited Industrial School has been transformed into a vibrant community-owned space which now houses the highly regarded GMIT Furniture College and numerous community organisations.

Connemara is universally known for its landscape and scenery and its literary heritage is deep rooted. Its influence can be seen in the life and works of Somerville & Ross, Oliver St John Gogarty, Louis MacNiece, Oscar Wilde, Kate O’Brien, W.B. Yeats, Richard Murphy, Ludwig Wittgenstein, Theodore Roethke, Sylvia Plath, Ted Hughes, Tim Robinson and contemporary writers, Eamon Grennan, Mary O’Malley, Joan McBreen, amongst others. Many visual artists have been drawn to the region, most notably Paul Henry, Jack B Yeats, Harry Kernoff, Harry Clarke, Dorothy Cross and John Behan. So, when you stand in Books at One Letterfrack, you are also standing in a place steeped in inspiration.

The workshop where Books At One is located shares the space with Artisan House Publishers. Husband and wife team, Vincent Murphy and Mary Ruddy, have run their award winning publishing business since 2013 and they see the opening of Books At One Letterfrack as a natural evolution: “Having a bookshop now offers us an opportunity to see our books and those of other publishers in the hands of appreciative readers – it is a privilege to be part of the full circle”. Books At One Letterfrack is part of a growing network of local community-based bookshops supported by The One Foundation. 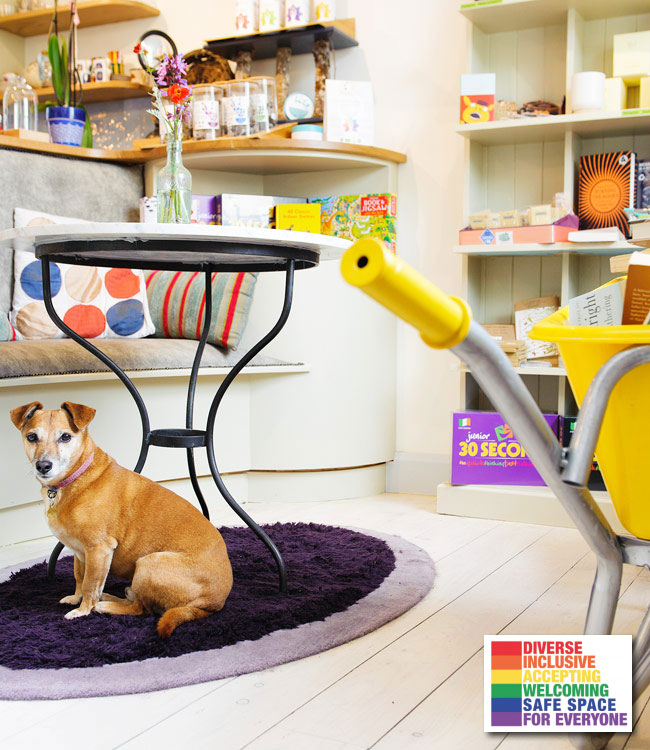 FREE P&P to Ireland on all orders of €45 or more. Order today to avail of this offer. Dismiss